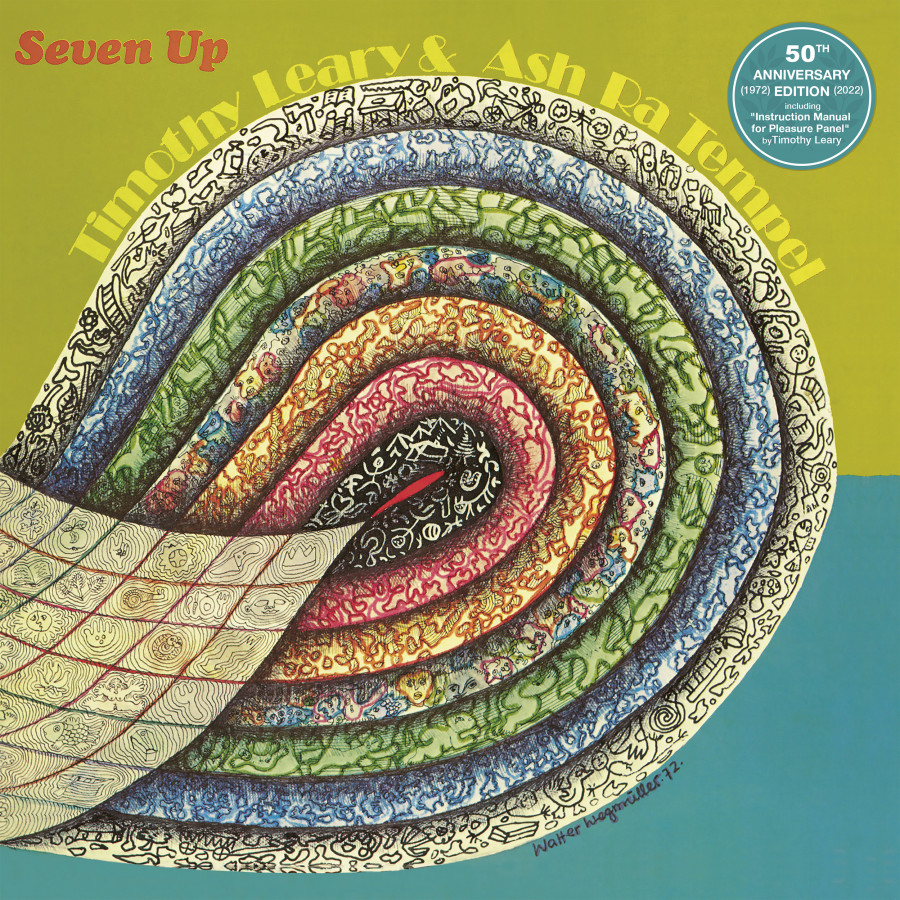 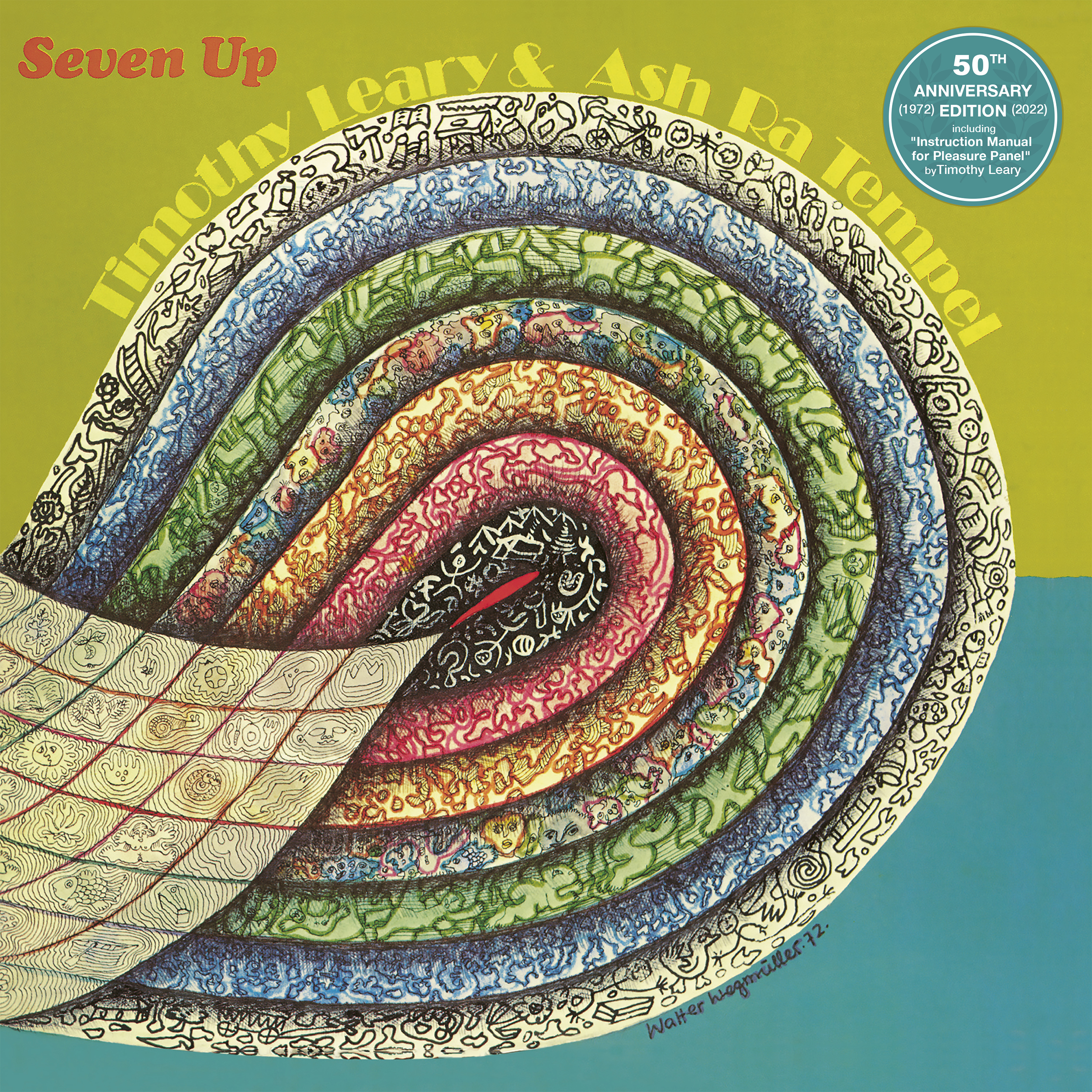 Leary and photos from the recording session

“Seven Up” is the third studio album by Ash Ra Tempel and their only album recorded in collaboration with American Ph.D. in psychology, Dr. Timothy Leary. The Coverart for “Seven Up” was designed by famous Swiss Artist Walter Wegmüller. Recorded in August 1972 at Sinus Studio in Berne, Switzerland, remixed September 1972 at Dierks Studios in Stommeln, Germany.

We release “Seven Up” in a Re-Cut carefully overseen by Manuel Göttsching himself, on September 9th 2022, also being Manuel Göttsching´s 70th Birthday. Our Edition features the full original text for the “7 levels of consciousness” by Timothy Leary in English, i.e. “Instruction Manual for Pleasure Panel” plus a previously unreleased glimpse view of the original scripts incl. notes and mark ups as well as partly unreleased photos from the recording session.

As for the music itself we again refer to Julian Cope´s review and remarks from his book “Krautrocksampler”(published by Head Heritage, 1st ed. 1995):

“When the Leary Mob met the Kaiser Gang, the sparks flew ever Up-wards...

7up is a stone classic in every way. Yes, it is unlikely to find Timothy Leary singing lead vocal in a cosmic group, but even weirder that he chose to sing a wild yelping freaked out blues !

Manuel Göttsching and Hartmut Enke had begun their careers in The Steeple Chase Blues Band back in the mid-'60ies, and they quickly felt their way through what Barritt and Leary were aiming for. They reconciled it all as a kind of West Coast chordless psychedelia, where blues riffs sparkle out of nowhere and the sheer weight of synthesizers renders everything with an unreal Pere Ubu/early Roxy Music quality.

The greatness of Ash Ra Tempel burned so brightly on 7Up that there is really nothing else like it. Hartmut Enke and Manuel Gottsching here returned to their riffy roots. It can hardly be called a retro act, though, as the context of music is everything. And with Dierks at the controls, even the New Kids on the Block would have sounded psychedelic.

7Up is like a late night radio show glimpsed through a shattered tuner where all but the most truly dangerous sounds have been allowed to stay, to drift and to dance around the performers.

The result is an extreme gem, a flash of hysterical white lightning, and a pre-punk Technicolour yawn in the grandest of traditions.

In typical Ash Ra Tempel style, the record is divided into two pieces, “Space” and "Time”. Within this, though, Timothy Leary’s ideas are allowed to free-flow and the two sides are therefore divided into mini-songs all segued together. The highlight of Side 1 is “Power Drive”, a West Coast burn-up that transcends any W. Coast music I ever did hear. Leary and Barritt present the greatest twin-vocal of all time, coming on like Jagger and Morrison but too caught up in their own maelstrom to be anything less than Heralds of the Punkfuture still five years away.

In chaos it was conceived and in chaos it was recorded. Yet Dieter Dierks, the great Aural Architect of the Cosmic Couriers, turned 7Up into a personal triumph and a Kosmische dream.”